Pet of the Month: Cat Ballou

Markham Veterinary Clinic is very proud to have “Cat Ballou” as a patient. “Cat Ballou” is a 2 year old pretty cat named after a 1965 movie by the same name, due to similar facial features she shares with one of the lead characters.

She was rescued by her owner from the back yard, where fellow strays would not allow her to eat or roam freely. A fecal sample was tested and she was positive for Hookworms which was quickly treated with pills and she has been tested negative since. She was tested for FELV (Feline Leukemia Virus) and FIV (Feline Immunodeficiency Virus) because she was a stray with no medical history. Luckily, she was tested negative for both viruses. If she was positive, the diseases would compromise her immune system and possibly shorten her life.

On physical examination, she was found to have a heart murmur and in heat. “Cat Ballou” needed to be “spayed” or have surgery called an ovariohysterectomy because cats are continuous ovulators and she will be meowing non stop to want to breed. An ovariohysterectomy will remove any uterine diseases and reduce mammary cancer when she is older.

The heart murmur means there is turbulence in the blood flow through the heart. This can be caused by certain heart diseases or be caused by a defective heart valve. The only way to know for certain is to do an ultrasound by a cardiologist. An ultrasound was not in the budget so we radiographed her chest. The radiographs revealed an enlarged heart which would increase her anesthetic risk to “spay” her. It was decided to have her surgery done as fast as possible to minimize the amount of anesthetic on her as well as extra protocols in place to minimize stress on the heart. Thankfully, Dr. Lily Loo is happy to say surgery went well with no complications. She is busy at home with her cat friends “Baby”, “Skrinklez”, and “Stumpy” and enjoys chasing her owner around the house! 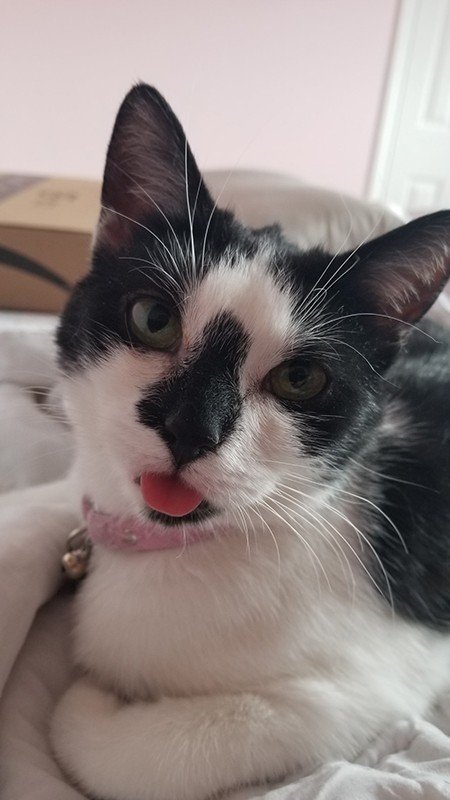